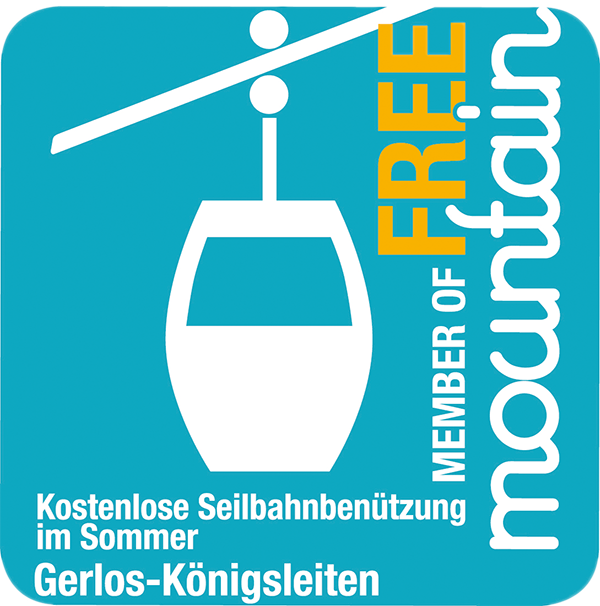 It all started in the 60s of the century just past, when Königsleiten really was just a small Alpine village.
On the eastern edge of the village, just before the descent to Salzachtal, a small Alpine lodge was built in 1968. Helmut Tannenberger constructed a ski lodge. At that time its name was still Krimmlblick. But in the following year, Trudl Strasser renamed the building  Sonneckalm.
From that year provisions were provided for hungry and thirsty hikers. In 1971 Maria Rottensteiner purchased the Sonneck Alm. As well as the restaurant, a small shop, ski hire point and even a post office point were set up in the building. It was there that the first public telephone from Königsleiten was installed. Grandpa Hans entertained guests with his 'Zugin' (accordion) and there were lots of boisterous celebrations. The Sonneckalm became a core feature in Königsleiten.

In 1976 son Hansi took over the business and a year later extended the lodge.

Improvements were again made in all areas. In 1989 the kitchen section was completely refurbished. In 1993 an office area was set up in the basement and ski hire facilities were expanded. In 1996 the ski hire area and the sports shop were one again expanded and a car port was set up. Then came the pizzeria "Al Sole" in 1997.

In October 2001 construction of the apartment building began to the east of the then building.

In spite of the onset of winter, more building work was quickly carried out in November and on 12th December 2001 came the topping-out ceremony. The building was ready to move into in late summer 2002. The first guest stayed in the new apartment on 14th December 2002.
After the 2007/2008 winter season, the Sonneck-Alm and the sport shop were demolished.
In their place is now our ****Apartment-Hotel Sonneck Königsleiten, complete with sports shop, ski and sports goods hire point, buffet breakfast, light, welcoming apartments with free Internet connection, indoor pool, 2 wellness oases, fitness room, meditation room, children's playroom…..